It takes less than a minute to book an appointment.
Fast, safe and secure. 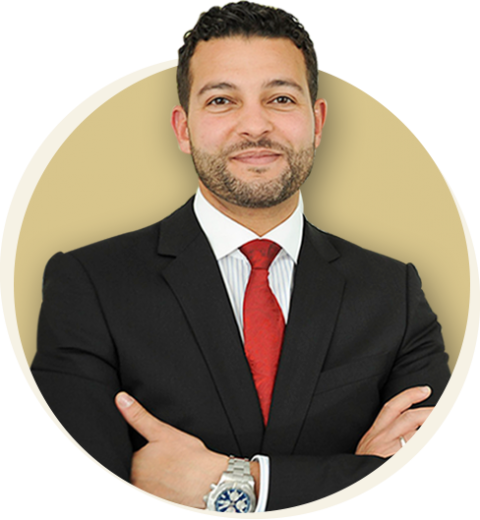 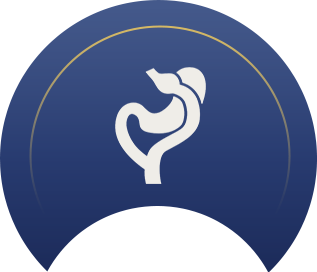 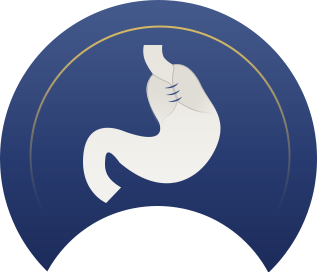 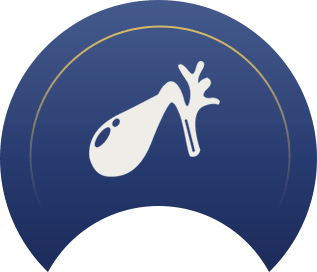 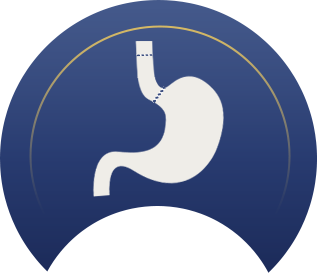 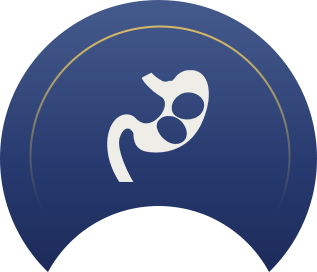 What patients say about us 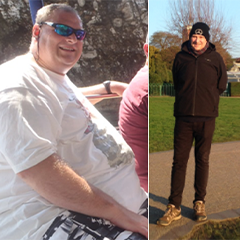 I had struggled with my weight since my teens and I had resigned myself to the fact that diets don’t work and I would be fat for the rest of my days. However as my health started to seriously decline as I neared the 30stone mark; my legs became swollen, I was too out of breath to climb the stairs and I had uncontrollable blood pressure. I began to get quite depressed about my future and worry about my job.  I had heard about Mr Awad and the gastric sleeve surgery from family and friends and the amazing results that this could give. Despite being seriously needle phobic, I decided surgery was the only possible option as I was now more scared about what was going to happen to me if somethin 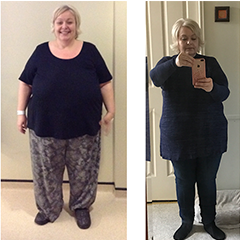 I would highly recommend Mr Awad for any weight loss surgery. I had had struggled with weight for 30 years. He performed revisional revisional surgery on me and I had a gastric bypass in October 2016 where I was borderline super morbidly obese. After losing a good amount of weight already and I’m only a four months in I feel so much healthier and I have my life back. I still have a long way to go but this is the best thing that has ever happened to me. I am no longer hungry or crave food and sweets. Mr Awad is second to none and the pre and post op care has been incredible. He is brilliant.

I had been suffering from a hiatus hernia for some years, the effects were becoming progressively worse. Previously, I had undergone numerous surgeries for an unrelated condition. It had reached the point whereby I dreaded eating. Mr Awad at Derby Hospital not only heard what I had to say, but listened to what my body was telling him, he presented my options to me. Specifically, he made the risks associated with the operation itself very clear to me, which were complicated by my previous medical history, as well as the potential rewards. However, the daily impact of the hiatus hernia was such that the potential risks seemed worth it. The results of the operation, which was successful, have b 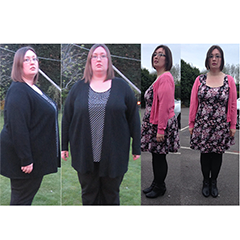 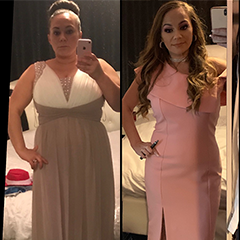 I decided I needed to act on my weight that was seriously starting to effect my day to day living, taking my kids out, feeling low in myself. I started searching all different surgeons and luckily for me i found Mr Awad..!!! I sent over a online enquiry and within half an hour i was speaking to Mr Awad who asked me my reasons for wanting surgery etc, he made me feel at ease from the minute i spoke to him and helped me decide on the surgery that would best suit me and my life style. I didn’t need to think twice about it and booked it there and then. I got the confirmation and was booked in just 2 weeks later, on the run up to my surgery I had calls of all his team making sure I was ok and

My Story. My name is Sarah, I am or was a fat person.  Four years ago I weighed 25 stone 5 lbs.  I don't know how I got this fat, it just sort of happened.  A combination of over eating, eating the wrong foods and drinking too much wine. One morning, despite trying every diet  going I thought, my fat and ugly shape is not going to define my life.  Stop me trying new things, stop me enjoying my family, stop me starting a new relationship and most importantly stop me living a healthy life not one that was slowly killing me. I went to my local GP determined this was a once and for all effort.  I was motivated, eating a healthy diet and confident I could conquer this issue of yo yo dieti 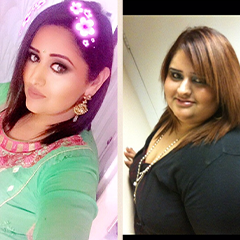 I first spoke to Dr Awad over the phone and the minute I spoke to him I felt very comfortable with him he was very helpful and very honest with me. When I met Dr Awad he made me and my husband feel very comfortable and it felt like he was not just a doctor but he actually cared about me. He made sure we understood everything and that if we have any questions he was here for us. He visited me before and after the surgery to make sure I was ok. The care that he and the team took of me was great. Not only did he made sure I was ok but he was also made sure my husband was ok and how he was feeling . I would recommend Dr Awad and the Tonic team to take care of you.

Post op about 3 months. I waited to see how I got on before posting a review. I can not recommend Mr. Awad enough. From start to finish, he is exceptional. Tonic are very professional. The package as a whole is excellent. Mr. Awad Is passionate about his job and genuinely wants to give his patients this new lease of life. THE BEST THING I EVER DID. Thank you to Mr Awad and his team.

I had bariatric surgery under Mr Awad two months ago, and since then my life has changed more than I could have believed. For the first time in over 15 years, I have welcomed the new year with hope and a sense of excitement. Going into my first meeting with Mr Awad I was extremely nervous; I had said so many negative things to myself about asking for this surgery that I was expecting them from him too. But from the moment I met him I felt at ease; more importantly I felt respected, which I had not expected. I could not have imagined a kinder, more compassionate surgeon and not once during the process of having the appointments and the surgery itself did I feel looked down on or uncomfortab

My final decision to have my operation was only made after meeting Mr Awad.  I found him to be really personable and approachable.  He put my mind at ease on a number of matters.  He was frank and honest with me regarding my health and the various benefits of surgery versus diets.  My initial consultation was both informative and useful as Mr Awad was up to speed with my medical history, using facts and figures as well as images to demonstrate the benefits of each surgery option for me.  Sharing his knowledge and expertise with me directed me to choose a different surgery to what I had initially envisaged.  This is purely down to Mr Awad’s efforts and being able to give me bespoke ad 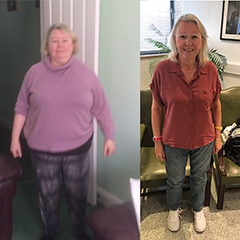 I can't thank Mr Awad and the team at Tonic enough for giving me my life back. 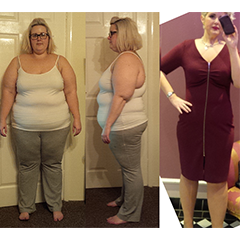 Thank you to Mr Awad and the team at Royal Derby. They have transformed my life for the better.

Dr Awad undertook my gastric sleeve surgery on 3rd January 2019, I have to say, i have never met anyone like him, his passion for his job & the safety and health of his customers is paramount. He is absolutely 100% professional, kind, caring and patient, he explained everything to me in such detail that I could be sure to make an informed decision before going ahead. I've contacted a couple of times post op, direct by mobile with questions and he has responded very quickly, nothing is too much trouble for him at all. Thank you.

As soon as this doctor speaks to you he gives you confidence. He telephoned my wife immediately after my operation and has visited me every day during my stay in Derby Hospital. In my opinion a top man who excels in his profession and I feel lucky and privileged to have had Mr. Awad as my surgeon.

Mr Sherif Awad is the best medical professional i have been treated under. His honesty and explantion of the procedure he did on me was to to the highest standard possible. His personalilty and demena take away any worries or pressure you have before surgery. His surgery skills and post op detail to aftercare is brilliant. I would reccomend Mr Awad to anyone regarding bariatric help.

Having decided to undertake the gastric sleeve at a young age (21) the initial consultation with Dr Awad was a very informative one. Information about each surgery including banding bypass and the sleeve was given in layman's terms, after the initial consultation and information that Dr Awad had given to me and my parents, I felt confident enough to book the date of my surgery for the 29th November. On the day of my surgery, I was greeted by the amazing nurses at the Royal Derby Hospital who made the stay a very comfortable and enjoyable one. Dr Awad visited me and my parent before the surgery his calm demeanour and ability to explain the different steps of the gastric sleeve procedure made

On my first consultation with Mr Awad, I just had a great feeling, his voice was so calm and professional and he answered any questions I had. I booked in with him and quickly received support from his team at Tonic to prepare me fully for my journey. On the day of my op, I was picked up by a fabulous Tonic chauffeur and was met by a strong team of nurses that instantly I felt at ease with. Mr Awad came to my room in The Royal Derby Hospital and explained the operation and any risks etc, and I just felt so happy that I was in such genuinely safe hands. I can’t rate this man enough. I then met the anesthesitist and shortly after went down for surgery. Mr Awad phoned my partner as soon a

where to find us

It takes less than seconds to book an appointment , Fast, safe and secure.

Body mass index (BMI) is a measure of body fat based on height and weight that applies to adult men and women.